While my husband and I are for the most part, grain-free, we do allow ourselves cheats or treats occasionally. Chicken Enchiladas are one of our favorite leftover-chicken-meals and it’s quick, easy, and flavorful.

Disclaimer: These are white girl enchiladas, but I still maintain that they taste pretty good. 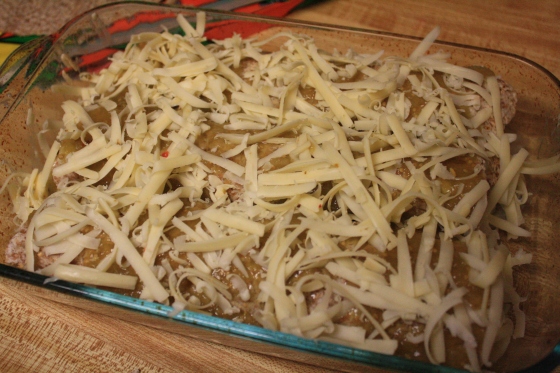 A small batch on Enchiladas before going into the oven.

Exact measurements aren’t important when it comes to making these. You can make as little or as much as you want, just adjust the ingredient amounts. I have listed the amounts we usually use, but these are in no way, the only amounts in which to make enchiladas. Play around with what works for you! 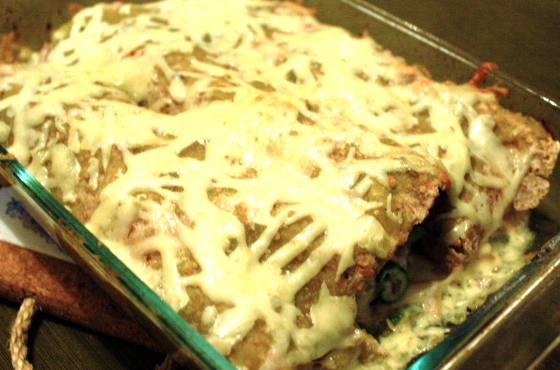 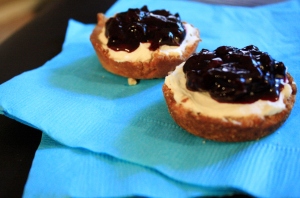 I bought goat cheese at the store the other today in hopes of recreating a magical coconut goat cheese tart I had a couple weeks ago. I haven’t bought the coconut yet, but I still wanted to bake something. I also didn’t want to spend a long time over a hot oven in the middle of summer. I opted for mini tarts and no-bake cheese cake filling with goat cheese. And because I still have a ton of blueberries left, I also whipped up a quick batch of blueberry compote.

The little tarts taste even better after being in the fridge and completely chilled, but eating them warm won’t do any harm either.

Quick Gluten-Free Cheesecake Tarts with Goat Cheese and Blueberries
Makes 10 mini-tarts
Preheat oven to 350 degrees
Grease muffin tins – I like to then put a little strip of tinfoil in the cups (where the ends reach above the cup) and grease that as well, so that when the tarts are cooked, the strips can be pulled up to release the cups easily.

Mix almond meal and coconut flour together in a bowl. Using a pastry cutter, a fork, your hands, or whatever works for you, cut cold butter into flour mixture until crumbly.  Mix in vanilla and maple syrup. Add water, one tsp at a time until mixture becomes a dough consistency and can be formed into a ball. Press dough into greased muffin tin. Poke bottom of each dough cup with a fork a couple of times to prevent dough from rising. Bake 8-10 minutes or until they start to brown and are firm to touch.  Let stand for a couple of minutes and carefully remove crusts and let them finish cooling on a wire rack.

In a small sauce pan, combine all ingredients. Cook on med heat, stirring occasionally. Smash berries and cook for approximately 8 minutes or so, while you prepare the cheesecake filling and finish baking the tart crusts. Place in bowl and let cool in the refrigerator.

Using a stand mixer, mix all ingredients  for 3 minutes or until perfectly smooth and creamy.

After the tarts have cooled, gently spoon cheesecake mixture into crusts. Place mini-tarts in the fridge and allow to set for at least an hour, or until firm. Serve with a spoonful of blueberry compote on top.

Add lemon juice or other flavor to cheese mixture
Make different fruit compotes – strawberry, blackberry, or a mixed berry, apricot, cherry, the options are endless
Use cheesecake filling for cupcake fillings or even as frosting – just add additional liquid for desired consistency
Mix fruit and cheese mixtures and use for pancake topping 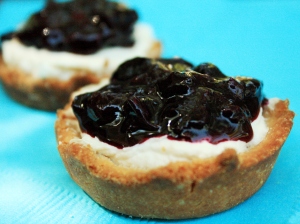 Just a small portion of this week's CSA veggies

Yesterday I attended a class at a local nursery and garden shop about how to cook with your summer bounty. While I don’t really have a garden (just a couple containers), our CSA box is full of lots of summer garden goodies.

The nursery staff showed us how they make a few of their favorite dishes using items they grow themselves. We even got a little mini-cookbook and were able to sample the goods. I didn’t try the banana and apricot or blueberry muffins, but I imagine they were pretty tasty. I had spearmint ice tea which wasn’t overpowering but still refreshing and I enjoyed the basil and Parmesan rounds as well as the bruschetta topping. They also served a cowboy caviar with blueberries instead of beans, which made it light and perfect for hot days.

Here are few recipes from the class:

Chop tomatoes and onions. In a small bowl, add the vinegar then whisk in olive oil and garlic. Add the tomatoes and onions. Stir gently. Stir in basil and salt and pepper to taste. Bruschetta is best served after a few hours, at room temperature. If not serving immediately, omit the basil until right before you serve. Spoon on grilled or toasted baguette slices.

Rounds of Pesto (from the cookbook California Sizzles)
Makes 36

Stir together basil, cheese, garlic and mayonnaise until blended. Spread each piece of bread with a generous amount of mixture. Broil bread approx. 3-4 minutes on a cooking sheet, until bubbly and lightly browned.

These were pretty tasty but I try and avoid too much bread. This mixture might be tasty on squash rounds or other veggies. 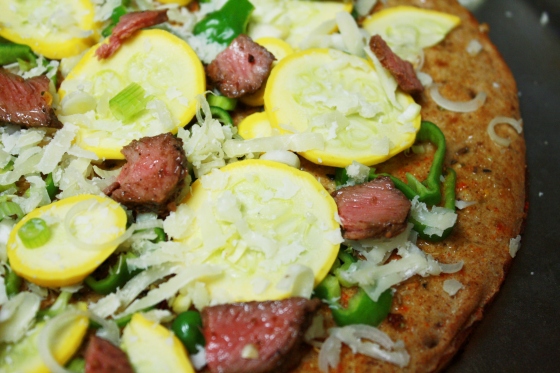 Use leftovers and extra veggies for a simple meal

I’m a fan of Food Renegade, and as part of their Fight Back Friday, here is simple recipe for a healthy meal with lots of vegetables.

Sometimes we have trouble eating all the vegetables we get in out CSA Box or sometimes we just don’t feel like cooking. The solution?

Ingredients:
Premade or precooked crust – I use organic gluten-free or sprouted-wheat crust
Olive Oil
Seasonings (basil, pepper, garlic, etc)
Vegetables (we use organic vegetables from our CSA Box or garden)
Cheese (we use raw cheddar, mozzarella, Parmesan, or goat cheese)

The winning combo for us this vegetable season?
Yellow squash
Eggplant (a great way to use this veggie if it’s not your favorite)
Leeks
Red onions
Peppers
Tomatoes
Garlic

I brush the crust with olive oil and 2 spoonfuls of fresh organic salsa. I sprinkle minced garlic throughout.
I top with sliced and chopped vegetables, then sprinkle with cheese. (if using leftover meat, place on the pizza before the cheese).
I then sprinkle basil and sun dried tomato flakes all over the pizza.

Place on a pizza stone after following crust directions for temperature. Should be ready in 8-12 minutes. We find the pizza pairs perfectly with a fresh salad with oil and balsamic vinegar.

This recipe can easily be changed to be gluten-free, vegan, or vegetarian.
A friend of mine uses veganaise as a dip to serve with pizza.

Don’t be afraid to use whatever vegetables you have on had. You can put anything on pizza and it can be healthy! 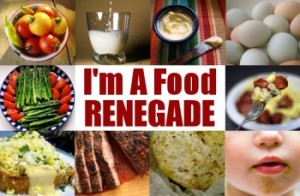 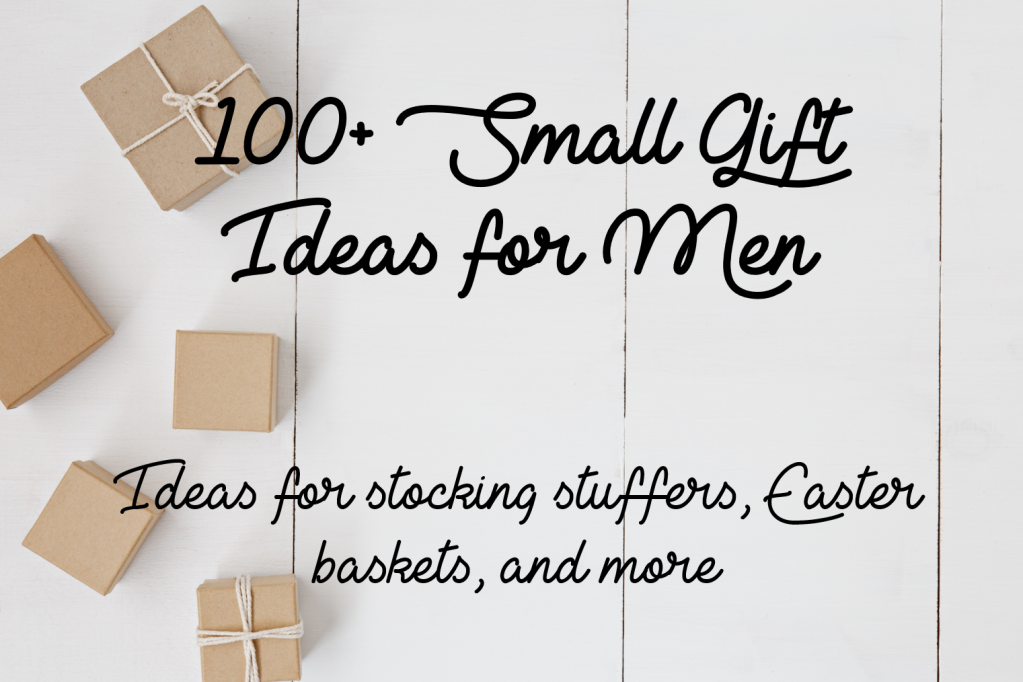 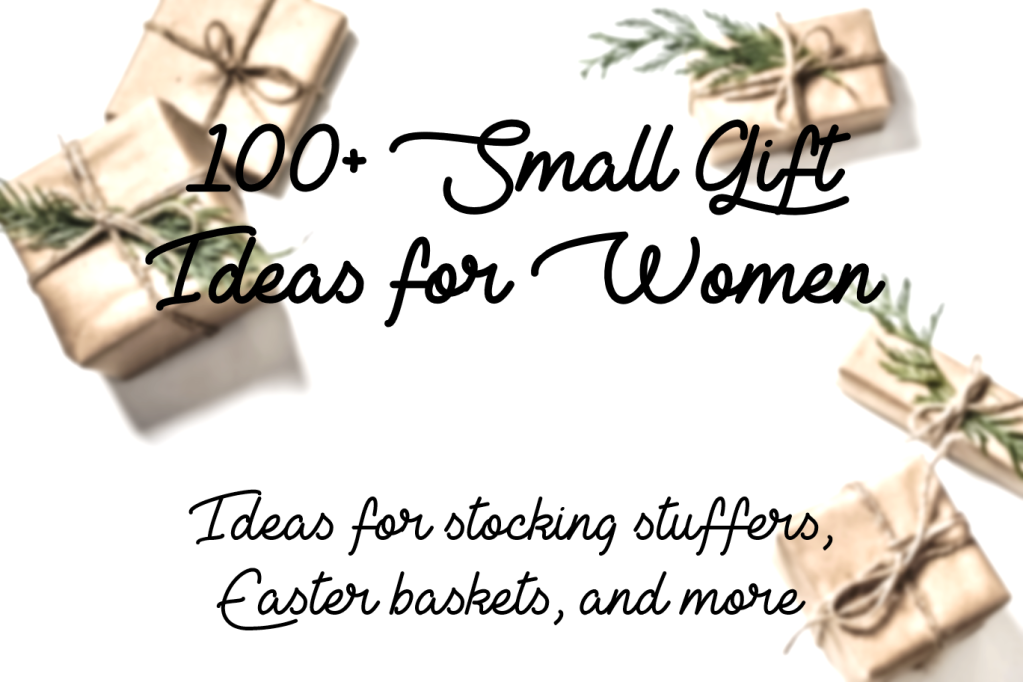 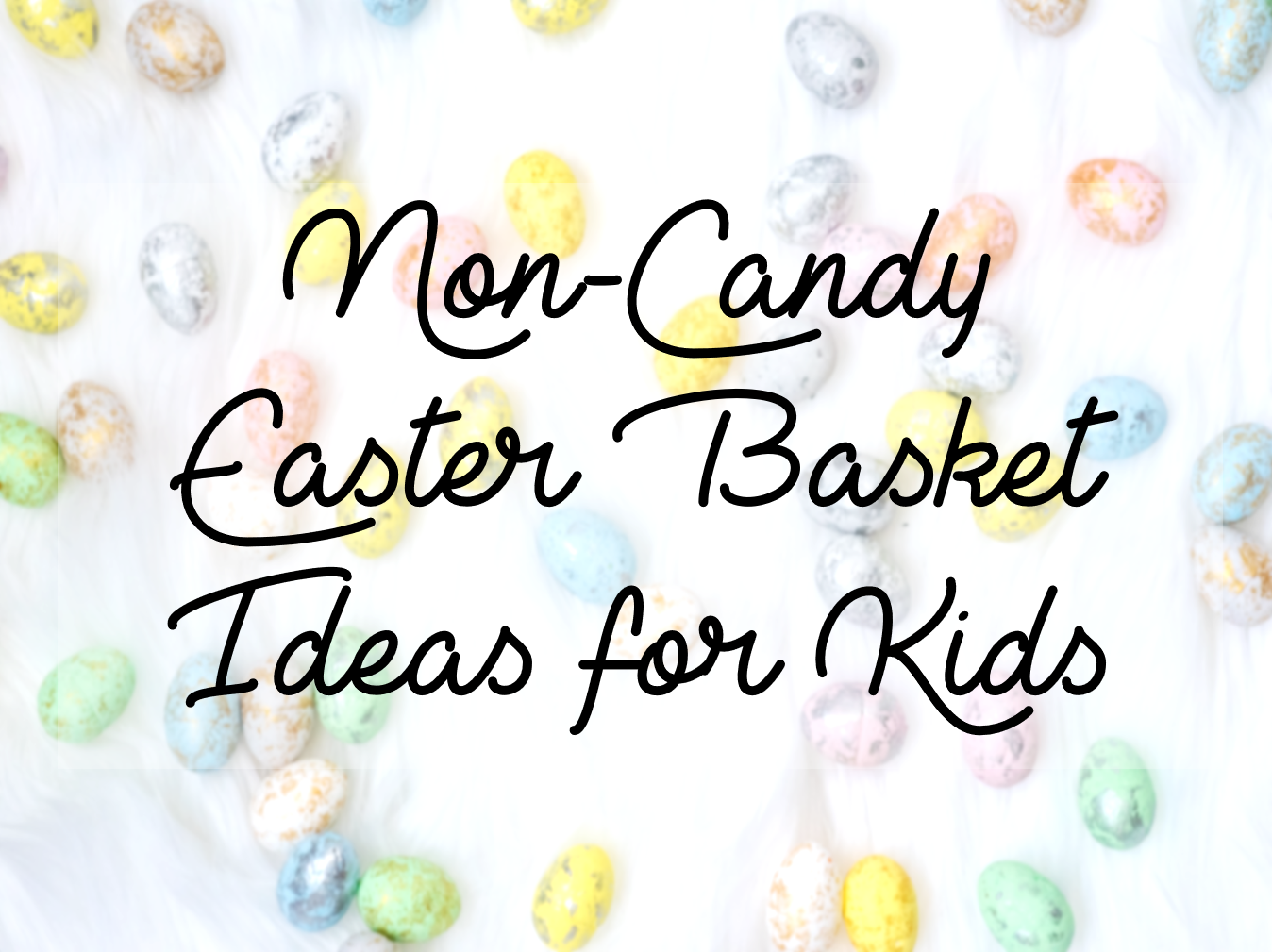 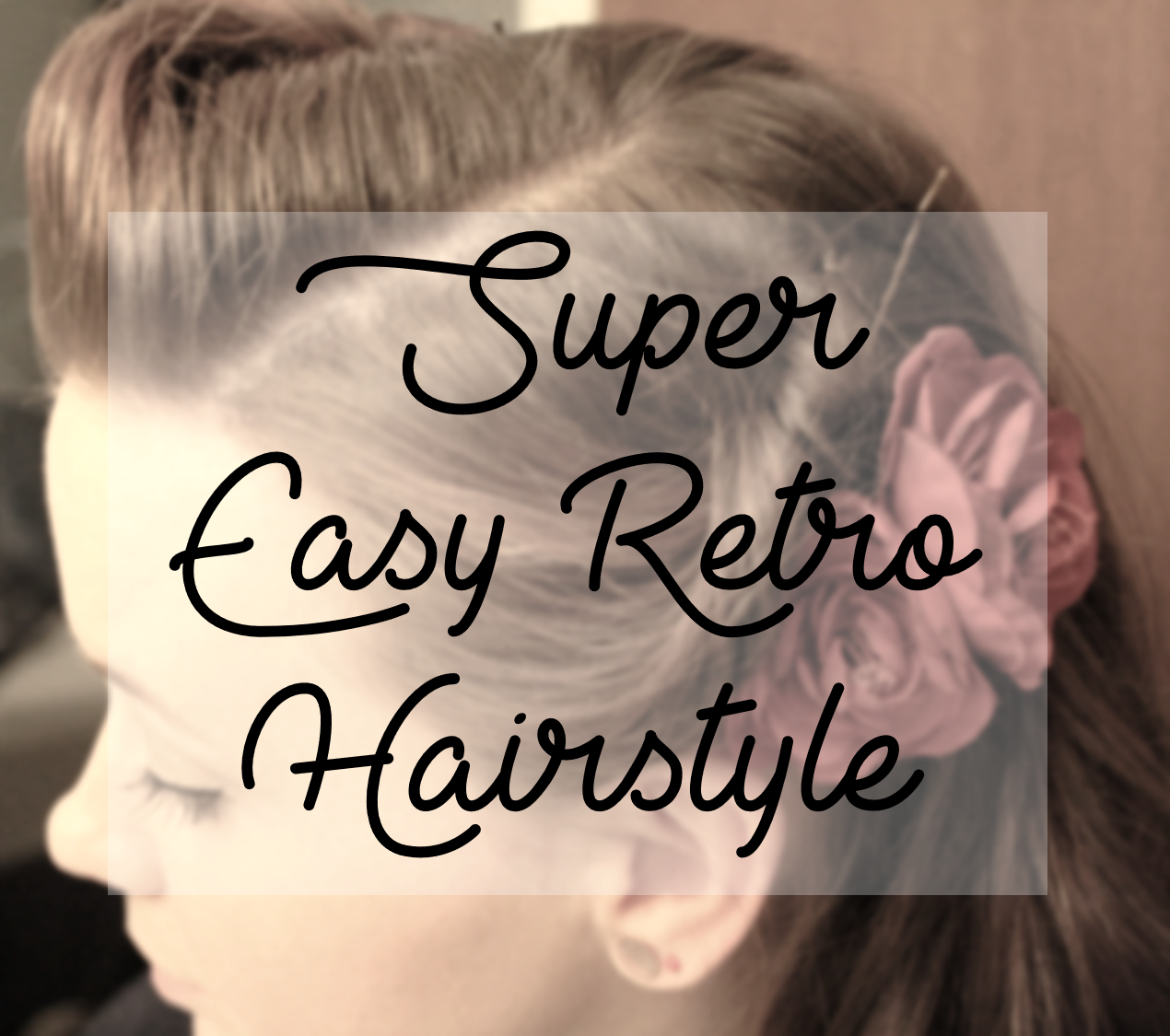